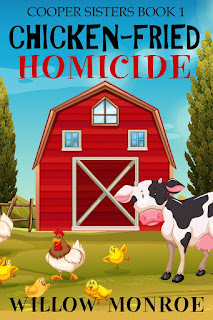 All Jenny Cooper really lacks in her life is a decent deviled egg recipe, and she’s determined to get one. But in the process of stalking the pastor’s wife to further her goal, she stumbles onto a murder and a secret - one that might just blow small town Cooper, Tennessee to smithereens. 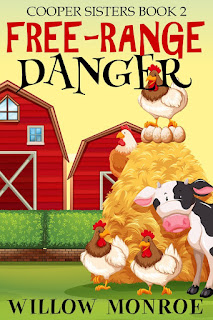 Jenny and Sissy Cooper have had their share of run-ins with their grumpy old neighbor, but they never wished him dead. Now they’ve got farm full of sick chickens, a pesky land developer who won’t go away, and a murder to solve before they lose everything they’ve got. 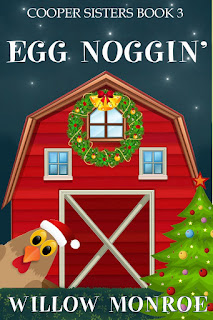 It’s the night of Cooper’s annual Winter Festival, and everybody is all decked out in holiday cheer - especially Sissy, who is spreading a little more cheer than she probably should. Between her ‘secret’ eggnog recipe, her crazy assistant, and the ever watchful Chuck the Cluck, Sissy has outdone herself this year. Jenny, on the other hand, has decided to sit this year out and simply enjoy herself.

Except that nothing is ever simple, and Jenny finds that out first hand when she and Sissy stumble onto a body and have to find the killer before they escape from the Winter Festival and get away with murder.