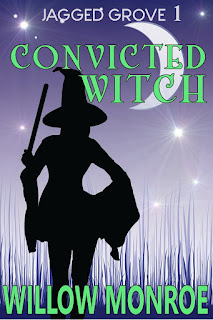 Trinket’s life is on track to be fabulous...until the moment when her mother screws up yet another magic spell and gets them banished from Earth by a sexy mysterious agent of the A.S.S. (Abnormal and Supernatural Security).

Now she’s in Jagged Grove, a town that doesn’t actually exist, to serve out her sentence by teaching a young witch named Maggie how to be a healer. It could be a piece of cake, except for the fact that Trinket once killed somebody trying to heal them and she vowed to never practice her magic again.Oh, and when she gets there Maggie is dead, and it might be murder.

Now, with the help of a too-sexy werewolf, an elegant vampire and her sweet but unhelpful mother, Trinket has to figure out what happened to Maggie and find a way home before her real life crumbles away to nothing.

Pick up Convicted Witch for free! 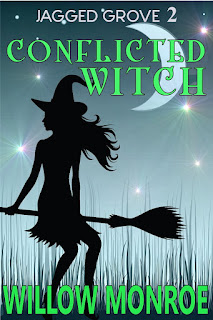 Trinket Banks is still trapped in Jagged Grove and still trying to keep her mom Bilda out trouble. Also, she has inherited a haunted house and she’s determined to live in it, even if she has to resort to drastic measures to get rid of the ghost: a bitter witch who won’t leave. But when her first attempt goes wrong and somebody winds up dead, Trinket is faced with too much ghost, plenty of murder, and a sexy werewolf who just won’t take no for an answer. 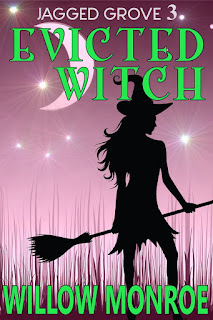 Trinket Banks is at the end of her rope. Someone is killing witches on Jagged Grove and her mother Bilda is missing. When Angelo - the sexy, annoying head of the ASS - throws her off the island to keep her away from the investigation, she does the only thing she can - enlists the help of her friends to sneak back in, solve the murders, save her mom, and stop the real killer before more witches die.

But this is more than a few simple murders. This is a war, and Trinket might be the only one powerful enough to save Jagged Grove from a madman - even if she has to get married to do it. 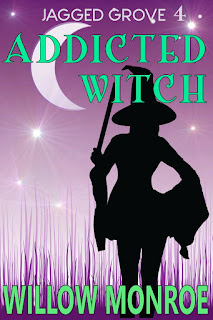 Trinket is finally settled into her pretty cottage - now if she could only get rid of the big…strong…very masculine but very annoying Angelo, life would be just about perfect. The problem is that until she can find the spell to break their magical bond, she’s married to him, for better or worse. Mostly worse.

If only that was her biggest problem.

It just so happens that the one man who can break their bond is very dead, and Rain is missing. Is the teen involved with the murder, or is her disappearance just a scary coincidence? Suddenly, having Angelo around to help isn’t such a bad idea after all. 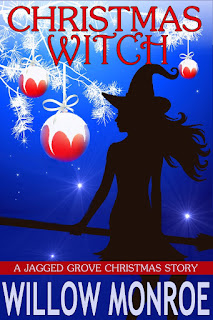 A gift that keeps on giving…or not.

Trinket Banks is enjoying her first Christmas in Jagged Grove, even with her reluctant husband Angelo along for the ride. They’re still married, thanks to an evil warlock and a binding spell, and Angelo has promised to make it snow in Jagged Grove, just for her.

But thoughts of snow and shopping fall by the wayside when Bilda and Rain start handing out enchanted Christmas cookies. The cookies are supposed to bring luck for the coming New Year, but this batch turns everyone in Jagged Grove into a scrooge.

Now Trinket and Angelo have to figure out what happened and fix the goof before Christmas is ruined forever.