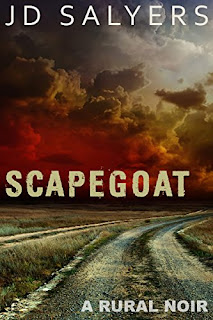 The fire burned bright in the darkness, throwing sparks and turning any unlucky fall leaves into ash. They crackled and curled and crumbled within the heat of the flames. Eli Gunn could smell them from his seat on the low wooden bench, about twenty feet back. He smiled.
Beyond the fire, in the dark, there was empty hayfield. Beyond that, surrounding them completely, stood tall, jagged Appalachian peaks. A sort of Stonehenge, stained with a century of coal dust and scratched with a hundred dirt roads, all leading to somebody’s house or pot field or meth lab. The mountains were darker than the slightly bluer midnight sky above, but Eli wasn’t paying attention to any of that. There was fire, and it spoke to something deep down inside him. Like a moth to a flame, he thought.
So begins the story of Eli Gunn.  Eli Gunn doesn't run. He didn't run from his broken childhood, he didn't run from his teenaged mistakes, and he didn't run from the cops on that blazing summer night ten years ago.
Now, faced with a backwoods religious cult that has a tendency to kill off its flock in the name of God...well, Eli's still not running, but now he wants revenge.
Read for FREE with Kindle Unlimited!