Ace Baxter still has a ghost problem, and it’s more than he can handle alone. 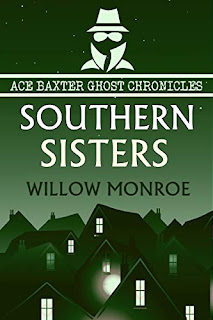 That's right.  In fact, he’s managed to pick up an extra ghost this time – some dead dude who’s looking for a coin. Enough is enough, so he calls in reinforcements in the form of a spiritual medium named Chris Mellon - hopefully she can help him shoo the spirit-critters out of his house. But Chris can’t even make a dent in the problem before she’s got troubles of her own – her twin sister has apparently committed suicide, and now she’s devastated. Ace, however, isn’t buying the official story. He thinks the suicide is really a murder, and he also thinks there’s something awfully fishy about the suspect list. When Chris’s fiancé hires him to dig a little deeper, he jumps at the chance. He wants his medium back and his ghosts gone for good.And that coin? Even if Ace can find it, the newest member of his ghostly family may be too smitten with Essie Blackthorn to cross over…or maybe he’ll take her with him.


Read for FREE with Kindle Unlimited!