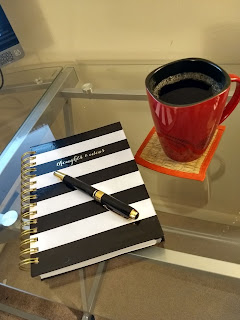 Okay, I couldn't wait another minute.  This is my NaNoWriMo Project for this year and it's off to a great start.  I don't have a cover yet and I'm only about 28,000 words in but I can't wait to share  the beginning of this series.  Here's an excerpt from what is currently the prologue to Book 1, Savage Souls.


Sam Albertson’s eyes fluttered open.  It took him a moment to orient himself in the dark room and he scanned it slowly.  The shadows of the furniture, even the black rectangle of the bathroom door seemed to be right where they should be.
Struggling to remember, he thought he’d heard the door open and close.  Maybe it had been a dream.  The shaft of light falling across the foot of his bed. Did that happen or was it part of his dream? He though he heard someone say his name.
“Sam.”
Yes, there it was again.  Barely a whisper.
With difficulty, the elderly man managed to prop himself up on one elbow and turn toward the door.  He fumbled for his glasses with his free hand but they weren’t where he thought he had left them. “Hello.  Who’s there?” he croaked, cleared his scratchy throat and asked again.
“Sam, it’s me.”
The voice seemed to come from behind him and in front of him at the same time.  He couldn’t tell if it belonged to a man or a woman but he could hear the words clearly, almost as if they were spoken inside of his head.
“Me?  Who?” Sam demanded, managing to sit up straight and swing his legs over the side of the bed.  His back hurt.  His hip hurt.  Maybe he should ring for the nurse.  He was beginning to feel that whoever had entered his room might not be there to help him at all.  “Nurse Graves?  Nurse Stinson?”
A little chuckle.  “Guess again.”
“Who are you?” Sam asked, growing agitated.  He scanned the dark room for signs of movement or even a silhouette that he could make out in the darkness.
“Surely you knew I’d be here sooner or later.”
Ominous statements that Sam’s sleep addled brain couldn’t seem to piece together.  And he was still having trouble locating the intruder.
“Where are you?”
“Over here by the window.
Yes.  Sam heard that clearly and knew exactly where the voice was coming from.  The desk by the window.  He stood, knees popping and cracking and turned in that direction.  He could barely make out the white curtains framing the big rectangle and, yes, there was a shadow.  It looked like someone was sitting in his desk chair.
“I know how much you like to sit here and watch the moon come up.”  There was a short hesitation, a wet, shaking breath.  “And I know why.”
Sam froze.  He watched the moon for his own reasons. That was why he was here in the first place...
“I demand that you show yourself,” Sam commanded.
Again the quiet, unnerving chuckle. “In due time, Sammy Boy.  In due time.”
Sammy Boy?  No one had called him that since…
Indecision and pure terror washed over him.  He was a little old man again, barely able to feed himself.  “I’m ringing for the night nurse.”
Sam caught a whiff of something like wet earth, rotting vegetation and something else he couldn’t place.  And then, whoever had been in his chair was standing right beside him, holding his wrists in an iron grip.
“No need to fight it.  It’s time.”...

Okay, tell me what you think.  And can you guess what this book is about?